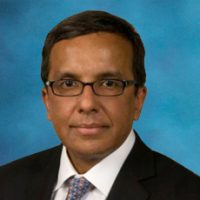 Director
Mr. Sarkar has served as Chief Executive Officer and Portfolio Manager of Sumit Capital LLC, an independent institutionally-orientated investment advisory firm since its founding in 2010. Founded in 2010, Sumit Capital is a New York based registered investment advisor. Prior to founding Sumit Capital, Mr. Sarkar was a Managing Director with Deutsche Bank and the Founder and Head of the Deutsche Bank Matched Book Arbitrage Group. He ran the Deutsche Bank Matched Book Arbitrage Group from 1995-2009. Prior to joining Deutsche Bank, Soumyo ran a similar strategy within Credit Suisse proprietary trading group from 1991-1995. Prior to Credit Suisse, Mr. Sarkar held various research and programming roles for over five years with Solomon Brothers, Merrill Lynch and Lehman Brothers. He has an MBA from the University of Iowa’s Tippie School of Management and a BTech from the BHU Institute of Technology in Varanasi, India. We believe Mr. Sarkar brings an extensive understanding of finance and wide range of experience to the Board.
Go to Top
We use cookies on our website to give you the most relevant experience by remembering your preferences and repeat visits. By clicking “Accept All”, you consent to the use of ALL the cookies. However, you may visit "Cookie Settings" to provide a controlled consent.
Cookie SettingsAccept All
Manage consent

This website uses cookies to improve your experience while you navigate through the website. Out of these, the cookies that are categorized as necessary are stored on your browser as they are essential for the working of basic functionalities of the website. We also use third-party cookies that help us analyze and understand how you use this website. These cookies will be stored in your browser only with your consent. You also have the option to opt-out of these cookies. But opting out of some of these cookies may affect your browsing experience.
Necessary Always Enabled

Performance cookies are used to understand and analyze the key performance indexes of the website which helps in delivering a better user experience for the visitors.

Analytical cookies are used to understand how visitors interact with the website. These cookies help provide information on metrics the number of visitors, bounce rate, traffic source, etc.

Advertisement cookies are used to provide visitors with relevant ads and marketing campaigns. These cookies track visitors across websites and collect information to provide customized ads.

Other uncategorized cookies are those that are being analyzed and have not been classified into a category as yet.