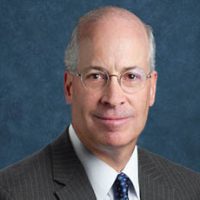 He served on CropLife™ International’s Strategy Council and under appointment to the USDA Secretary of Agriculture’s Agricultural Policy Advisory Committee. In addition, he was actively involved in the National Future Farmers of America, National 4-H, United Way and March of Dimes.

Rik remains active in promoting and supporting youth development programs in agriculture through his role as a Board Member of the Montana FFA Foundation. He also currently serves on the Board of Directors of Cool Planet Energy Systems, and Douglas Products.

Rik studied at Montana State University in Bozeman, Montana, and received his B.S. in Agronomy with an emphasis in plant and soil science and plant biochemistry.
Go to Top
We use cookies on our website to give you the most relevant experience by remembering your preferences and repeat visits. By clicking “Accept All”, you consent to the use of ALL the cookies. However, you may visit "Cookie Settings" to provide a controlled consent.
Cookie SettingsAccept All
Manage consent