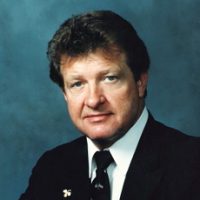 Director
Mr. Kennedy works closely with the company’s management team, is active in the development of company strategies and has been instrumental in negotiating and structuring product distribution. Mr. Kennedy has forty-five years of business experience, has been involved in many, successful, new product research projects, has negotiated, marketed and consummated contracts with large volume clients and possesses valuable industry contacts and skills. He originated the contract for the formation of Zero Gravity Solutions, Inc. He planted ZGSI’s first experimental garden utilizing John W. Kennedy’s formula which, through preliminary observations and independent lab reports, prompted the formation of BAM FX.

President - American Natural Technology Sciences, 1999 – 2007, initiated the field product tests of Mitigator® insect control products (patent holder) which is now distributed; in retail outlets, to the US government and to the US military; President - Northridge Oil Company, TX 1984 – 1998, started as the only employee with; 13 operating oil/gas wells (average. of 2 b/day per well) and 15 non-operating wells with no operating equipment and no ongoing financing in a depressed market; personally worked as a rig hand on leased rigs, cleaned the yard nights, repaired and reinstated the 15 off-line wells, increased production to 140 b/d, negotiated new leases, purchased 50 additional non-operating wells with a leveraged buyout and increased production to 425 b/d with 10 employees. The company was acquired by Lone Star International Energy;

Sr. Vice President - Long Beach Oil Development Company (LBOD), 1981 – 1983, negotiated with Phillips Petroleum, Chevron, Conoco and Exxon for the purchase of LBOD on Behalf of American Energy. Produced and sold 10,000 barrels of oil per day in the Wilmington and offshore fields for the State of California and the city of Long Beach. Earned $3.2 million for the principals after payout;

Founder, President - Diamond Water Corporation, 1979 – 1981, manufactured and marketed Reverse-Osmosis home and commercial water purification systems. Marketed 34,000 units in 18 months (the entire industry had marketed less than 10,000 units in the previous 14 years). Designed the marketing approach, wrote and produced the TV commercials and generated the sales. The company was acquired for stock;

Executive Chairman & Founder - Kennedy Industries, Inc., 1972 – 1980, Started Kennedy Industries with $30,000 and generated $1 billion in revenues through oil trading, drilling, foreign concessions, and refining. Negotiated and was awarded contracts by The U.S. Defense Fuel Supply Center and delivered over $400 million of jet fuel to the USDFSC;

Other Background - Patents and IP - US 7, 045, 138, B2, Serial No.: 09/845,923. Pharmaceutical composition and composition for the mitigation of insects and/or mollusca. Method for relieving itch, pain and swelling resulting from insect bites and stings, Serial No. 60/616, 730. Insect proof food and/or water dish, us provisional application 60/627,631 dry powder dispenser.

Contributions - Received the Humanitarian Award from the President of Mexico on behalf of the government and the people of Mexico; (through The Salvation Army) donated, supplied and operated a mobile water purification unit (engineered, built and owned by Kennedy Industries) as a standby unit for national or international disasters. The KI unit supplied purified water, saving many lives in the deadliest Mexico City earthquake. Organized and sponsored the first March of Dimes National Football League charity event, raising $87,000; now an annual affair for every city with an NFL team. The annual event has funded millions of dollars to the March of Dimes to date. Dedicated fund raiser for the Los Angeles, CA. YMCA.
Go to Top
We use cookies on our website to give you the most relevant experience by remembering your preferences and repeat visits. By clicking “Accept All”, you consent to the use of ALL the cookies. However, you may visit "Cookie Settings" to provide a controlled consent.
Cookie SettingsAccept All
Manage consent