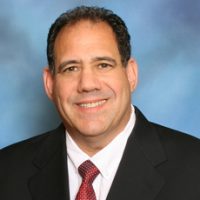 Director
Following a ten year career on Wall Street, Ed Cowle has been starting, financing and advising small businesses for the past 20 years. Mr. Cowle is a Founder, Director and former Chief Executive Officer of US Rare Earths, Inc. (USRE) since 2009 and previously Chief Executive Officer of its predecessor, Thorium Energy, Inc., since 2007. USRE is an exploration and development company with substantial rare earth and thorium deposits in Idaho, Montana and Colorado. Ed was a Founder and remains a Director and principal shareholder of Laser Technology, Inc., the world leader in sales of laser based law enforcement speed guns, and laser applications for products in the sports optics industry. He has also worked closely with the Office of Industrial Liaison at New York University Medical School, investing in and incubating several technologies.

Ed Cowle structured a lucrative licensing deal with C. R. Bard for a start-up company that he co-founded with Temple University Office of Technology Development and Commercialization. Mr. Cowle was a founding shareholder and investor in Biophan Technologies, Inc. and worked closely with management to develop business, financing and investor awareness. The company subsequently licensed and sold its technology to Boston Scientific and Medtronic. The core product is currently being sold to the medical community by Medtronic.

Ed Cowle was a founder of Golf Technologies, Inc., the owner and manufacturer of the "Snake Eyes" brand of golf equipment and apparel. The company was bought by Golfsmith who currently sells the Snake Eyes line of products. Ed formerly served as Senior Vice President Investments for Paine Webber and Co. and Vice President at Bear Stearns and Co. He graduated from Fairleigh Dickinson University in 1978 with a BA in English and American studies. Ed is an active Director in the World Wide Children's Organization of New York and is a Director of the Children's International Obesity Foundation, both 501 (c )(3) organizations.
Linkedin
Go to Top
We use cookies on our website to give you the most relevant experience by remembering your preferences and repeat visits. By clicking “Accept All”, you consent to the use of ALL the cookies. However, you may visit "Cookie Settings" to provide a controlled consent.
Cookie SettingsAccept All
Manage consent