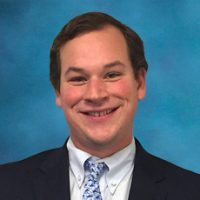 Director
Mr. Boies is currently employed as an associate at the Boies, Schiller & Flexner LLP Law Firm in New York, NY wherein he works with a wide range of clients on complex litigation matters. He was part of the legal team that won a $663M judgment against a guardrail maker in a Qui Tam trial. Mr. Boies began working at the firm as a summer associate in 2014 and commenced full-time employment in October 2015. From August 2012 until May 2015, Mr. Boies was enrolled as a full-time student at New York University – School of Law. During the summer of 2013, Mr. Boies interned at Legal Aid Society in their Bronx, New York – Housing Courthouse office. After graduating from the University of Michigan, Ann Arbor, with a B.S. in statistics, Mr. Boies was employed by Livingston Securities, LLC from February 2010 until May 2012 wherein he assisted to secure a number of private placements and IPOs until Mr. Boies resigned in order to pursue his legal degree. Additionally, Mr. Boies participated in the management of Hawk and Horse Vineyards, a California company owned and operated by his family since 2001. Mr. Boies also was the Executive Producer on the film, “Escape Plan”. Mr. Boies brings a wide range of skills and diverse set of experiences.
Go to Top
We use cookies on our website to give you the most relevant experience by remembering your preferences and repeat visits. By clicking “Accept All”, you consent to the use of ALL the cookies. However, you may visit "Cookie Settings" to provide a controlled consent.
Cookie SettingsAccept All
Manage consent

This website uses cookies to improve your experience while you navigate through the website. Out of these, the cookies that are categorized as necessary are stored on your browser as they are essential for the working of basic functionalities of the website. We also use third-party cookies that help us analyze and understand how you use this website. These cookies will be stored in your browser only with your consent. You also have the option to opt-out of these cookies. But opting out of some of these cookies may affect your browsing experience.
Necessary Always Enabled

Performance cookies are used to understand and analyze the key performance indexes of the website which helps in delivering a better user experience for the visitors.

Analytical cookies are used to understand how visitors interact with the website. These cookies help provide information on metrics the number of visitors, bounce rate, traffic source, etc.

Advertisement cookies are used to provide visitors with relevant ads and marketing campaigns. These cookies track visitors across websites and collect information to provide customized ads.

Other uncategorized cookies are those that are being analyzed and have not been classified into a category as yet.